We the Nuclear Free North and Protect Our Waterways - No Nuclear Waste are asking for your help in collecting signatures for a provincial petition supporting the Proximity Principle as an alternative to transporting, burying and then abandoning all of Canada's high level nuclear waste in a single location.

Posing as a not-for-profit organization but acting fully on behalf of the nuclear industry, the NWMO launched a site search in 2010 and persuaded 22 economically struggling communities to allow the NWMO to investigate their area. By 2020 the list of communities had been whittled down to two municipalities: South Bruce in southwestern Ontario and Ignace in northwestern Ontario.

In South Bruce, the "candidate site" is in the midst of rich farmland and under the Teeswater River and adjacent to the Greenock Swamp Wetland Complex. In the northwest, the "candidate site" is forty kilometres downstream from the NWMO's proxy community of Ignace and is at the height of land for the Turtle River and Wabigoon River watersheds, in the heart of Treaty 3 territory. These two landscapes are strikingly different but have so much in common: they are beloved, they are beautiful, they have precious water resources, and they are home to residents who strongly oppose any notion that they should be sacrificed to become the dumping ground for all of Canada's high level nuclear waste.

We the Nuclear Free North and  Protect Our Waterways - No Nuclear Waste have been working in their own regions and together to stop the Nuclear Waste Management Organization from selecting EITHER community for their experimental and ill-conceived plan.

We are asking for your help.

One of our initiatives this year is a petition to the Government of Ontario calling on the Government to adopt the Proximity Principle with respect to the management of radioactive wastes and to direct Ontario Power Generation (OPG) to pursue the development of robust extended storage systems at the reactor stations.

Please help us collect signatures on our petition to the Government of Ontario.

How would adopting the Proximity Principle and improved on-site storage help in opposing nuclear waste burial?
Since the 1970s the nuclear industry and successive governments have been pursuing the out-of-site-out-of-mind option of nuclear waste burial. Adopting the Proximity Principle and directing OPG to seriously look at an alternative would challenge the notion that DGRs are the only option. The nuclear industry has invested very little researching alternatives to burial and abandonment, despite concerns and alternatives being proposed by experts and citizens. They have spent many million promoting their nuclear waste burial scheme.

How would adopting the Proximity Principle and improved on-site storage help communities with nuclear reactors?
Because the story line for the last fifty years has been that the high-level nuclear waste would be moved elsewhere and that the on-site storage is temporary, the storage systems have received little scrutiny and have been approved as short-term arrangements. But even if the NWMO's plan was to go forward, waste would be at the reactor stations for at least another seventy years (for 30 years after the last reactor is shut down). Reactor communities deserve to have the waste stored in the most secure manner possible, and that is not what they have right now.

How can you help We the Nuclear Free North and Protect Our Waterways - No Nuclear Waste?
You can find our  provincial petition HERE and we would very much like your help in collecting signatures. There are only five signatures per page, so one family dinner, one outing to the movies with friends, or a few minutes going door-to-door with your immediate neighbours would be enough to complete your first page.  But we invite you to fill many pages! Then please send your completed page(s) to Box 10012, Thunder Bay, P7B 6T6 by January 1st.

We the Nuclear Free  North and  Protect Our Waterways - No Nuclear Waste are working with members of the provincial legislature  from all four political parties to  arrange for a presentation of the petition in a session at Queens Park early in the new year. We'll keep everyone who collected signatures informed as those arrangements are made, so please include a note with your email when you mail the completed petitions.

Thank you for your contributions. Together, we can create a safer future.

We the Nuclear Free  North

Protect Our Waterways - No Nuclear Waste 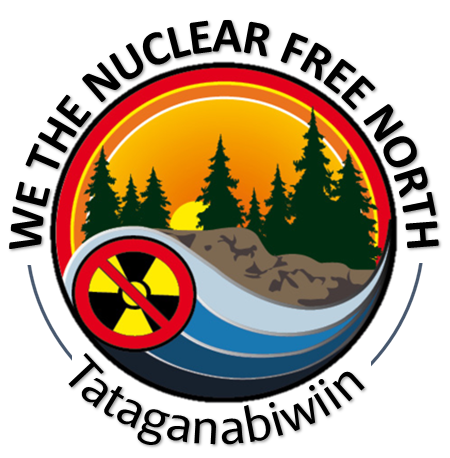 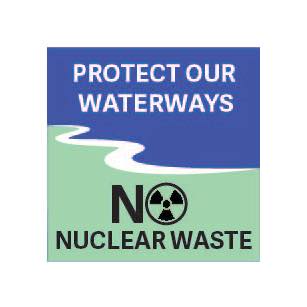