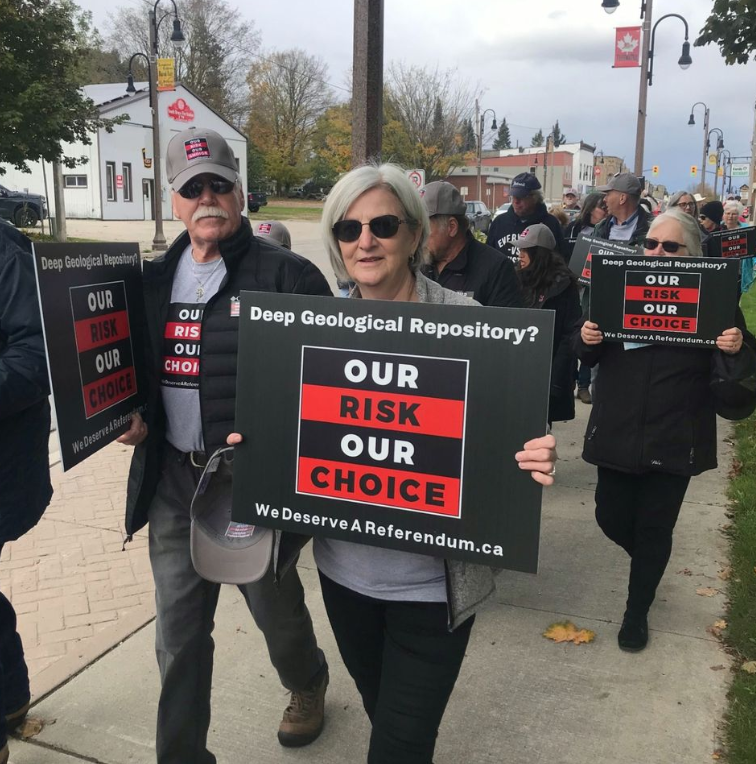 Over 1000 residents signed a petition demanding a referendum during the 2022 municipal election vote but have been ignored.

SOUTH BRUCE, Ontario, December 15, 2021 --- Protect Our Waterways (POW) was shocked to learn during the December 14 South Bruce Council meeting, the mayor and councillors not only debated a motion about holding a referendum on hosting the Nuclear Waste Management Organization’s (NWMO) Deep Geological Repository (DGR), but also voted unanimously to postpone any community vote on the issue until well into 2023. POW had already been scheduled to present the results of its petition to Council at its first meeting of the New Year (January 11). The Council vote in December denies the opportunity for the over 1000 petition-signers – who want the referendum held alongside the 2022 municipal election - the right to be heard and present their case before a decision was made.

“Town council continues to belittle, ignore, and undermine the efforts of the residents of South Bruce who may be opposed to hosting the DGR,” said Michelle Stein, Chair, Protect Our Waterways. “To make this important decision without inviting the representatives of over 1000 residents to speak at the debate is unfair. Council was well aware that we were scheduled for the first Council meeting in January but chose to vote ahead of our presentation.”

At the December 14 council meeting, municipal staff presented a report on the implications of the NWMO-funded Willingness Study. Tony Zettel of the Willing to Listen Group also made a presentation, where he stated, ““We are optimistic that when the community benefits are clearly defined for us that more ratepayers in the municipality will wish to explore this partnership further.” The mayor thanked Zettel and his group “for their position”.

Stein said, “The council meeting’s agenda was clearly orchestrated to push for the referendum decision that evening. Council had ample opportunity to request that POW present our case as well, but instead chose to listen only to pro-DGR voices.”

Protect Our Waterways still intends to make its case to Council, as scheduled, on January 11. It will be holding a rally outside Council chambers prior to its presentation.

Stein said, “It would be wrong to assume that everyone who signed our petition is against hosting the DGR. But they were concerned enough about the Council's decision-making process to sign it. By ignoring them, the Council has only confirmed their worst fears – our municipality intends to manufacture the consent of its residents rather than listen to them.”

Michelle Stein
Chair of Protect Our Waterways - No Nuclear Waste 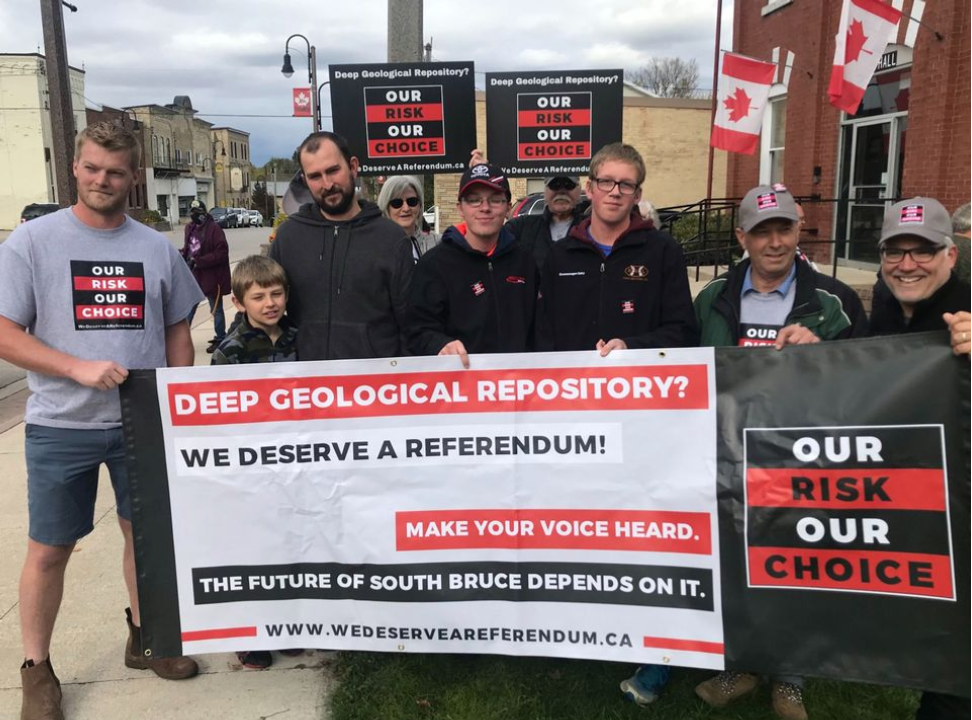